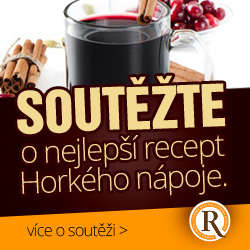 Pho bo (pronounced "pfa bo") soup is a hit of nowadays. If you follow our instructions, you will find it quite simple. Firstly, read the entire instructions, watch a video, and then you just have to print the ingredients and go shopping. Our tips can be found at the end of this recipe.

Ingredients that are served along with soup and herbs.

Tip 1: Make broth always in large quantities. Do not worry that soup won´t be tasty. The broth can be easily frozen. It's the most difficult part, the rest is ready in the bowl in a minute.
Tip 2: You will have some difficulies to find the herbs in ordinary shops, but in Vietnam marketplaces they will advise you. For this case we have also named the herbs in Vietnam language, so they immediately know which one it is.
Tip 3: The most common herbs are Mexican coriander and mung sprouts. Coriander, perilla and Vietnam basil herbs are very aromatic, and thus use very little of them.
Tip 4 : Use beef bones, tail and ribs in various combinations. It does not matter if you use them in different quantities. But always use marrowbones.
Tip 5 : Rinse the meat thoroughly in cold water and bake the bones as directed. This saves you a time with replacing the water, as stated in some other recipes.
Tip 6  : Do not look for the original recipe for soup Pho, it does not exist. On the internet, we went through hundreds of recipes, but none of them were the same.
Tip 7: This soup costs in various restaurants from 79 up to 259 crowns. At this price the average family eats this soup at home 3 times. Do not underestimate the soup because is full of vitamins and minerals.
Tip 8: If you find this soup too fatty, then let the broth cool completely and the second day pick up all fat with a spoon, and then you have a great and healthy diet soup.
Tip 9: When you eat this soup as a main meal, ask yourself a question: Why Vietnamese and Chinese are not fat ... ? The answer lies in a bowl in front of you...